A ceremony was held at Vienna South container terminal on April 27 to mark the arrival of the first intermodal freight train from Chengdu after a 14-day journey on the 9800km route from China. 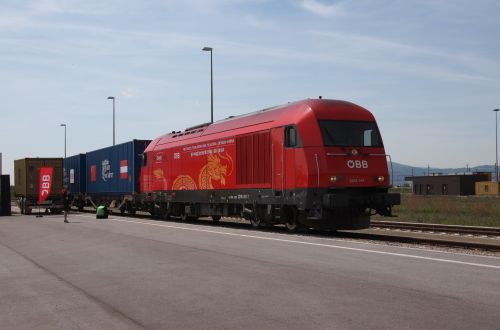 Rail Cargo Austria says it is planning 400-600 trans-Eurasian trains per year, which it says are competitive with similar journeys by sea. An agreement has also been signed with the Russian Ministry of Transport to cut the journey time to just 10 days in the future.