AN intermodal freight train consisting of 62 large-capacity containers successfully reached the Russian-Mongolian border on October 25, the first stage of a test service between Yekaterinburg, Russia, and Erlian, China, via Naushki near the Mongolian border. 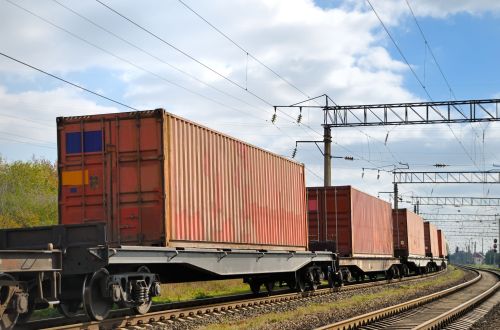 TransContainer is operating the train with a view to establishing a permanent container service, connecting the capital of the Urals region and the northern regions of China.

TransContainer says an intermodal container train travelling via Naushki would significantly reduce the time and cost of transporting freight between Russia and China.

Exports from the Urals region such as timber, minerals, chemicals and metallurgical products are currently transported to the Russian port at Vladivostok and shipped to various ports in China including Shanghai, Qingdao, Tianjin, Dalian, Ningbo and Guangzhou - a process that takes around 60 days. A direct rail service from Yekaterinburg via Naushki to Erlyan could reduce the delivery time to 25 days, TransContainer says.

TransContainer’s intermodal terminal in Yekaterinburg is currently the biggest in the Urals region and one of the largest in Russia, with total capacity exceeding 4500 containers. TransContainer says the launch of a freight service along the new route would expand the geographic reach of the facility.