FREIGHTLINER, the British subsidiary of Genessee & Wyoming, announced on December 20 that it has signed a long-term rail haulage contract with Mendip Rail, a joint venture of Hanson Aggregates and Aggregate Industries (AI). 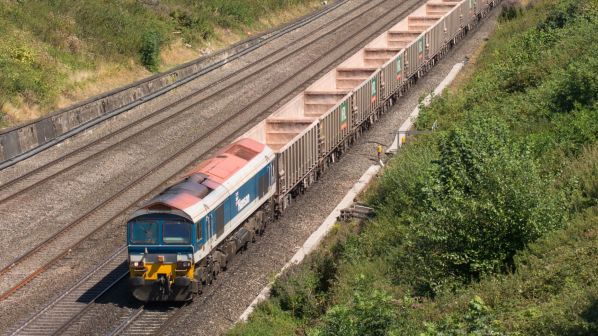 Under the contract, which begins in November 2019, Freightliner will haul a projected 8.1 million tonnes of aggregate a year, equivalent to around 107,000 wagonloads annually, from Hanson and AI quarries in Somerset in southwest England to terminals in London and the southeast. Haulage for these trains is currently provided by DB Cargo.

Freightliner says it will purchase eight EMD class 59 diesel locomotives from Mendip Rail as part of the deal.