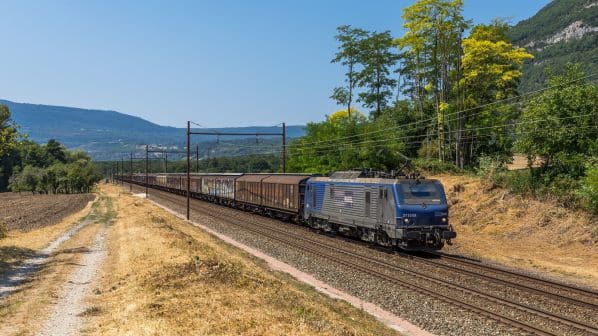 THE French Rail Association (AFRA) has warned that the increase in charges for traction current recently announced by infrastructure manager SNCF Network is both “unsustainable for all operators” and “unacceptable” in the light of green energy policies.

“Despite our repeated warnings, the worst-case scenario has come to pass and the government is looking the other way,” says Mr Alexandre Gallo, AFRA president and CEO of DB Cargo France. “Rail’s whole business model has been done serious harm while the road transport sector has been receiving massive support for months.”

In the freight sector, AFRA says that the recent increase in rail’s modal share will go into reverse as more traffic goes back to road, and that business failures are to be expected.

“This increase in the price of energy is unsustainable for all operators,” says Mr Raphaël Doutrebente, president of AFRA’s Freight Committee and president of Europorte. “With energy already representing 20% of costs, operators are being suffocated.”

According to Doutrebente, the government has both abandoned the rail freight sector and its policy target of doubling rail’s market share to 19% by 2030. He points out that freight operators had already managed to increase market share from 9.6% in 2020 to 10.7% in 2021, reversing many years of decline.

Mr Roberto Rinaudo, president of AFRA’s Passenger Committee and president of Trenitalia France, described the increase in charges as “unacceptable,” adding that it threatened the development of the passenger market in France.

“While track access charges in France are already high compared to other European countries, these energy prices are a new handicap for the French rail sector,” Rinaudo says.

AFRA notes that most neighbouring countries have followed the European Commission’s recommendation of capping the price of traction current at €180/MWh.