FRENCH railfreight operator Fret SNCF is to carry out a further series of trials with 1000m-long freight trains with the aim of building on the three-year EU-funded Marathon project, which concluded in 2014. 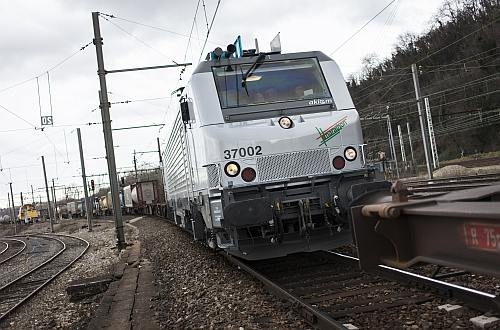 Following the successful operation of 1500m-long trains between Lyon and Nîmes as part of Marathon, Fret SNCF has decided to launch a commercial study to establish the economic and technical viability of operating 1000-1500m-long freight trains on selected routes in France.

The trial retains the basic Marathon operating concept, which was based around the coupling and splitting of two standard-length freight trains to optimise track capacity usage on busy freight corridors, using distributed traction. However, unlike Marathon there will be no radio link to provide distributed power control between the lead and mid-train locomotives, which means two drivers will be required.

Between the end of October and December Fret SNCF will operate 12 1000m-long trains from Sodnfremain near Valenciennes to Woippy yard north of Metz. Testing will focus on coupling and uncoupling of pairs of standard-length trains, the dynamic behaviour of the train, and the ability to maintain schedules with longer trains.