Fuel trains given priority in Germany 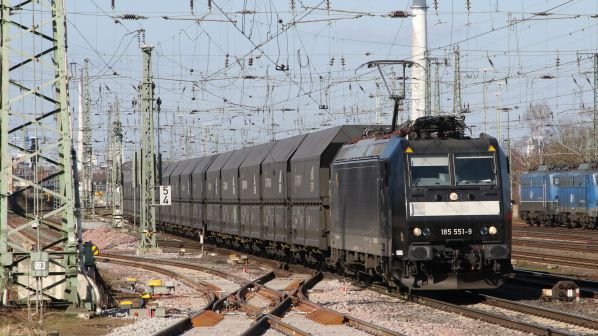 THE German government has published the final version of a new emergency law that will allow infrastructure managers, primarily DB Network, to overrule existing track access contracts with freight and passenger operators in order to prioritise the transport of fuel such as coal and oil.

The Energy Security Transport Ordinance (EnSiTrV) has been drafted by the Federal Ministry for the Economy and Climate Change. Its final version has reduced to 500 the number of routes and cargoes that can be prioritised, comprising rail connections to power stations, refineries and oil storage sites.

The ordinance calls for timetables to be amended on a consensual basis where possible, and says that prioritisation powers can only be used in “exceptional circumstances”, such as a refinery running out of crude oil or a power station that is critical to the national grid requiring emergency stocks of coal.

One approved by the German cabinet, the new law will be in force for six months.

Unprecedented in peacetime, the measure has been drawn up in response to the impact on energy supplies of the Russian invasion of Ukraine, plus a very hot summer that has seen water levels fall in the River Rhine.

The water level in the shallowest stretches of the Rhine has fallen from 2.5m to around 40cm, making river transport of bulk commodities such as fuel either impossible or uneconomic due to the reduced amount of cargo that can be carried.

Prior to the invasion of Ukraine, Germany was the biggest purchaser of natural gas from Russia, but this policy has changed dramatically.

The federal government will cease buying Russian gas by mid-2024, while in the short term this commodity has declined from 55% of all German imports to 26% as Russia has restricted supplies.

Federal energy policy had previously been based on abandoning nuclear power, which produces 6% of the country’s electricity, and phasing out coal-fired power stations.

Nuclear plants may stay in service for another year, and more coal is to be burnt for electricity generation, with this imported by rail from neighbouring countries or in most cases delivered by ship to northern Germany from the United States, Colombia and other producers.

The majority of power stations in Germany that burn hard anthracite coal are in the west of the country or the former West Berlin. Those burning soft lignite (brown) coal mined nearby and transported directly to the power station by rail or conveyor belt are more common in the former East Germany and around Cologne and Aachen in the west.

The anthracite-burning power stations that are part of the national strategic reserve may not have sufficient coal stocks to restart power generation. Stock levels had been reduced to two weeks as the plants were thought unlikely to be used under government policy to phase out coal-fired power stations.

A month’s supply of coal is required to restart full operation at a reserve, and much of this stock will be delivered by rail over the next few months.

The reaction from the rail freight sector has not been positive, with the Network of European Railways (NEE) describing the new regulations as “not helpful to say the least.”

The new law gives the infrastructure manager and regulators legal powers to disregard existing contracts and to prioritise trains carrying fuel. However, a 10-day period is specified to either find alternative routes or other solutions.

Trade associations representing German rail operators have objected to this on the basis that DB Network is currently unable to provide a fully functioning network due to ongoing problems with faulty concrete sleepers, staff sickness and multiple major engineering projects across Germany.

Compensation for disruption to another operator’s freight (and passenger) services is severely limited under the new law and does not cover any consequential losses suffered by other operators or their customers.

The trade associations have stated that they would expect this to result in legal action if the new law is widely used to cancel other services.