BRITISH operator GB Railfreight (GBRf) has announced an extension to a contract with Lineas, Belgium, for the operation of freight services between Antwerp, Belgium, and Scotland until the end of 2021. 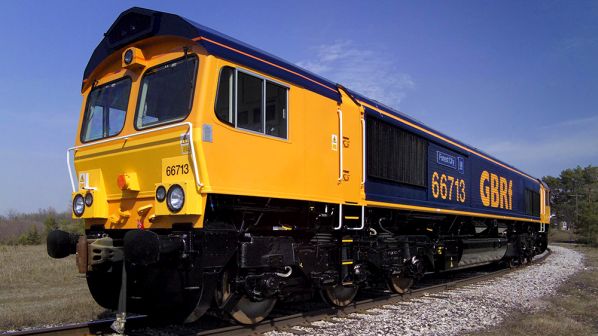 The agreement extends an existing three-year contract, signed in January 2017, for a further two years.

Under the contract, the two companies operate 20-wagon trains carrying around 1200 tonnes of china clay two or three times per month, or 30 trains a year.

The freight is transported between Antwerp, Belgium, and Calais, France, by Lineas Rail, and by GB Railfreight from Calais, via the Channel Tunnel, to the UPM Caledonian paper mill in Irvine, southwest of Glasgow, Scotland. China clay, or kaolin, is a key ingredient in the process of whitening paper.

“I am delighted to announce that we are continuing our partnership with Lineas,” says Mr John Smith, managing director of GBRf. “This service will be our longest term of operation for running services through the Channel Tunnel. In addition, the shift to rail freight is a vital part of decarbonising our transport system and reaching the target of net zero emissions by 2050.”