GB Railfreight, Britain, has agreed to lease 41 new Greenbrier wagons from Nacco Leasing after securing a five-year extension to a contact to transport sand between eastern and northeast England. 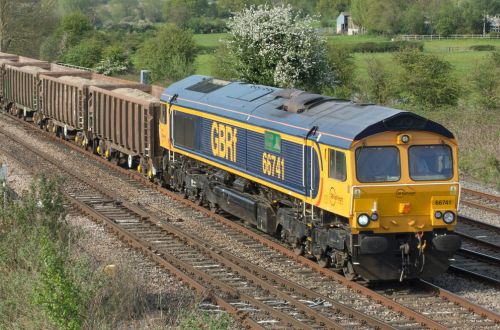 The 101.6-tonne bogie wagons will be used to carry silica sand from Sibelco’s Middleton Towers quarry near King’s Lynn to the Guardian Industries glass plant at Goole in Yorkshire and Ardagh Group’s glass facilities in Barnsley and Doncaster.

The new wagons will be built at Greenbrier’s Swidnica plant in Poland and are due to enter service when the contract extension starts in August 2017. They will remain in use on the Sibelco flow until at least December 2022.

The introduction of new wagons will almost double the payload to 70 tonnes, compared with 36 tonnes for the four-wheel hoppers currently used on these trains. The new vehicles will also be equipped with track-friendly bogies.