AUSTRALIAN rail freight operator Genesee & Wyoming Australia (GWA) will be renamed One Rail Australia following confirmation that the acquisition of the remaining 51.1% stake in GWA by Macquarie Infrastructure and Real assets (MIRA) and Dutch pension fund PGGM from Brookfield Infrastructure has been completed. 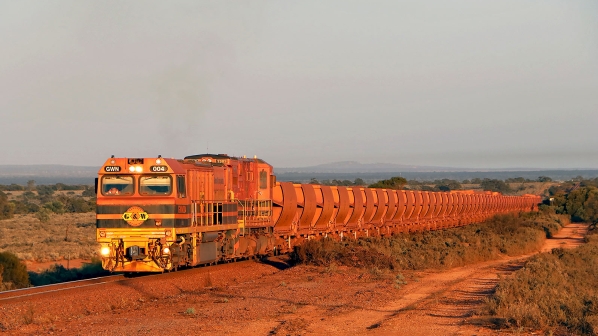 The trains will continue to feature the distinctive G&W ‘bumble bee’ livery of orange and black for the immediate future.
Photo Credit: Mark Carter

The deal was originally due to have been settled at the same time as the sale of US-based Genesee & Wyoming Inc (GWI) to Brookfield on December 31 2019 but was delayed, reportedly for legal and administrative reasons.

The new rebranded entity will have a new logo, although the distinctive G&W ‘bumble bee’ livery of orange and black will be retained for the immediate future.

One Rail’s operations include coal trains in the Hunter Valley of New South Wales, grain and other bulk freight services in South Australia, and the lease and operation of the Tarcoola - Darwin railway in the Northern Territory.

Legal action by Aurizon over the sale of GWI’s Australian assets to MIRA and PGGM is still ongoing, but Aurizon CEO Mr Andrew Harding declined to comment on the matter at last week’s release of Aurizon’s half-yearly results.

Genesee & Wyoming was the last remaining of several US regional operators to take advantage of the privatisation of Australian rail freight operations in the 1990s. A later entrant to the market, Watco still operates trains in Western Australia and Queensland.