GENESEE & Wyoming (G&W) announced on February 24 that it has agreed to acquire a 95% stake in Britain's Freightliner Group from Arcapita and other shareholders for $US 755m in cash. 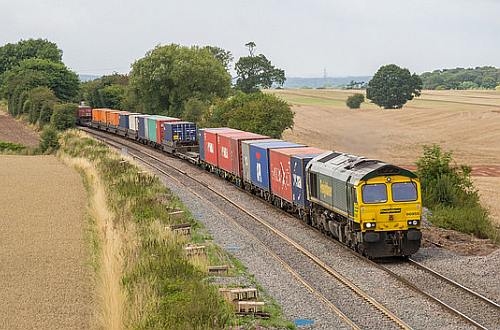 G&W will assume around £8.5m in net debt and capitalised leases as part of the deal, which is expected to reach financial close during the first quarter of this year. Members of the existing Freightliner management team will retain a 5% stake in the company.

Freightliner is Britain's second-largest railfreight operator and is active in the intermodal, bulk, and infrastructure sectors. The company operates 13 intermodal terminals in Britain, eight of which it owns, and the company also has a fleet of 250 lorries for local pick-up and delivery.

In Australia, Freightliner transports coal and containerised agricultural products for customers in New South Wales and is also licensed to operate in Victoria, Queensland, South Australia, and Western Australia. G&W plans to combine its existing Australian operations in South Australia and the Northern Territory with those of Freightliner, and these operations are expected to generate around 12% of group revenues.

Freightliner's global fleet comprises around 250 standard-gauge locomotives and 5,500 wagons, most of which are leased with maintenance being carried out at the company's own depots.

Freightliner generates annual revenues of around $US 785m, with 65% coming from Britain, 25% from mainland Europe, and 10% from Australia. The company employs around 2500 staff worldwide.

During its first year of ownership G&W expects Freightliner to generate revenues of $US 785m and Ebitda of $US 93m, including lease costs of $US 69m. Capital expenditure is forecast to be around $US 26m.