The government hopes moving more freight by rail rather than road will reduce CO₂ emissions by 50 million tonnes in the next decade. 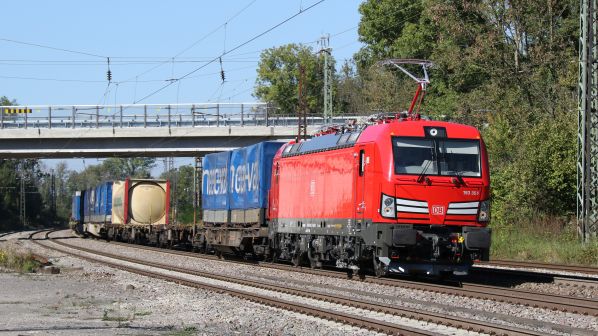 The plans, which have the backing of German federal transport minister, Mr Andreas Scheuer, are expected to lead to CO₂ reductions of 50 million tonnes over the next decade.

The German government considers intermodal transport consisting of HGV swap bodies and containers carried by rail as key to switching freight from road to rail for longer distance movement and thus reduce carbon emissions. According to the German Federal Statistical Office, rail has a 36% share of German intermodal transport, which is forecast to increase by almost 80% by 2030.

A new operating model known as Metro-Net is a central strategy in the planned expansion of capacity. This involves connecting Germany’s 16 principal intermodal terminals several times a day, increasing the number of domestic trains operated from 200 per week at present.

Contactless rapid check-in for truck drivers at terminals and automated loading and unloading of trains are envisaged, supported by transparent digital systems for scheduling loads, billing and tracing freight.