GERMAN rail freight volumes showed small declines in 2016 despite an increase in the overall freight market, according to annual figures released this week by the German Federal Statistical Office (Destatis). 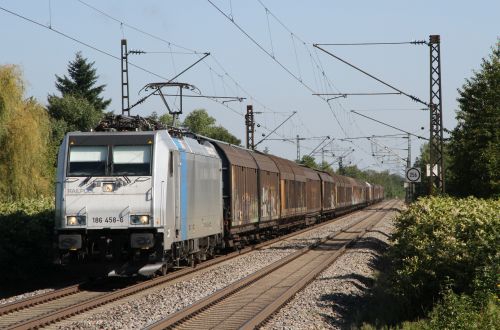 Rail freight declined by 1.6% to 361.3 million tonnes. Low water levels in major rivers in late 2016 partly explain the reduction in inland shipping although based on historical trends rail freight could have been expected to attract some of the 1.8 million tonnes of traffic diverted away from water-borne transport.

It appears road transport was the big winner from both in terms of market growth and attracting traffic from other modes, with volumes increasing 1.5% to 3.59 billion tonnes performance up 2.8% to 471.8 billion tonne-km.

Based upon these figures German rail transport lobby group Allianz pro Schiene estimate that rails' share of the total German freight market measured in tonne-km has fallen by 0.4% to 17.6%.

Earlier in February the Port of Hamburg announced 2016 figures which showed continued growth in the volume of rail freight passing through the port. Volumes rose by 1.5% to 46.4 million tonnes, while the total number of rail-borne containers increased 2.4% to 2.4 million TEU.