REGULATORY pressures on Europe's largest railfreight market could drive up operating costs by as much as 20% over the next five years, according to a study by the Association of German Transport Companies (VDV). 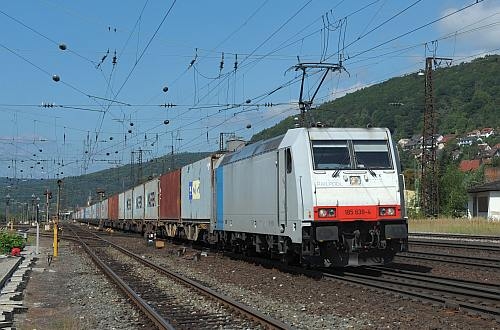 The report argues that measures such as taxes on electricity, legislation on noise reduction, and the drive for interoperability between national networks will burden railfreight operators with significant additional costs, while lorries and inland shipping are exempted from fuel taxes. The VDV argues that this is exacerbating an imbalance in the market.

"Everyone speaks of modal shift and the promotion of environmentally-friendly and safe transport of freight, but the reality is different," says VDV chief executive Mr Oliver Wolff. "The federal government and the European Commission (EC) have approved numerous measures which will lead to massive cost increases for railfreight companies and massively affect their competitiveness."

The study found that the cost of operating an intermodal train in Germany could increase by as much as a fifth by 2020, compared with 2014 prices. Energy prices, track access charges, and the cost of equipping locomotives with ETCS are cited as inflating costs. However, the biggest challenge is expected to come from legislation requiring all wagons to be equipped with "whispering" brakes.

The VDV says it recognises the need to reduce freight train noise, but it calculates that this measure alone will cost the industry nearly €1bn by 2020 and raise the cost of operating each freight train by 7%.

"Despite federal funding, the railfreight industry will have to finance the vast majority of noise remediation costs itself," Wolff says.
The VDV is now calling on the German government and the EC to create a legal framework that will "enable freight by rail to flourish."