German railfreight up 4.4% in first quarter

GERMANY's railfreight industry has seen its strongest first quarter growth since 2011 according to figures released on June 4 by the Federal Statics Agency (Destatis), which show quarterly volumes climbed 4.4% year-on-year to 92 million tonnes. 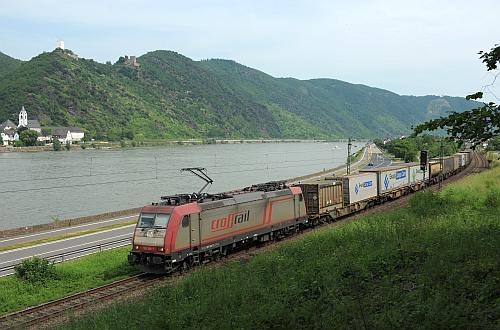 March saw particularly strong growth with volumes rising 7.8% compared with the same period in 2012, although Destatis notes this could be partly attributed to the timing of the Easter holiday period.

Domestic traffic increased just 0.9% in the first quarter of 2014, but export traffic rose by 8.7% and imports were up 8.7%. Transit traffic also climbed sharply with a 34.7% increase.

Growth was particularly strong in some commodity groups, notably timber and agricultural products (+22.2%) and ores and aggregates (+14.3%).

There was also healthy growth in intermodal traffic, which increased 4.1% to 1.6 million TEUs.