CROATIAN transport minister Mr Sinisa Hajdaš Dončič announced on July 22 that he expects the sale of a 75% stake in Croatian Railways (HŽ) railfreight unit HŽ Cargo to be completed within the next month, after the government selected Grup Feroviar Român (GFR), a subsidiary of Romania's Grampet group, as its preferred bidder for the shares. 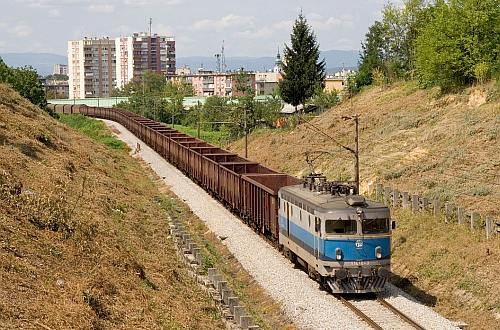 Two other companies, Rail Cargo Austria and AWT, Czech Republic, also submitted offers, but according to local press reports only the Romanian bid met the conditions of the tender.

HŽ Cargo became a limited-liability company in 2007 as part of the restructuring of HŽ into a holding company, and until now has remained a wholly-owned subsidiary of HŽ Holding.

Last month the Romanian government announced it had chosen GFR as its preferred bidder for a 51% stake in national railfreight operator CFR Marfă.