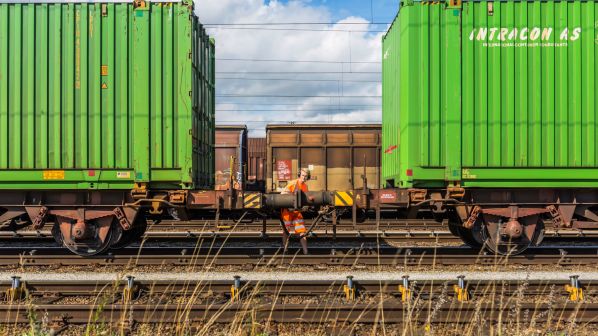 SWEDISH state-owned freight operator Green Cargo has announced the details of its application for the 2023 timetable, with the operator planning to grow its overall offer by 10% by increasing capacity by 100,000 units.

Green Cargo says rail has struggled to regain its market share following the Covid-19 pandemic, with road transport increasing despite efforts to reduce transport emissions. However, with rising fuel prices and widespread driver shortages driving up the cost of road freight, the company says there is potential for growth in the intermodal freight sector. It is targeting a doubling of intermodal volumes by offering a higher frequency service, shorter headways and improved punctuality.

Green Cargo plans to maximise the available capacity by making the trains as long and heavy as possible, grouping wagons together to streamline wagon management and reduce lead times. This will allow groups of wagons to be coupled or uncoupled at stops along the route, increasing the load rate and making the service more cost effective.

The operator will also introduce direct connections on routes with large volumes, such as between the Port of Gothenburg and the Rosersberg combined transport terminal in northern Stockholm.

“This is an application that includes a strong sustainability commitment,” says Green Cargo CEO, Mr Ted Söderholm. “A single locomotive driver can haul 40-50 units on rail with an electric train, compared with 40-50 lorries requiring the same number of drivers on the E4 when there is a driver shortage at the same time. It is resource-efficient to use the high-capacity railway for the long distance between a port and a combined transport terminal. At the same time, it creates a demand for more local, shorter lorry journeys to and from the combined transport terminal. It’s an energy-efficient and climate-smart transport chain.

“If our application is successful, we will be able to offer an efficient intermodal transport network as part of our existing transport network. This means cutting lead times by up to 30%, increasing transport frequency and, above all, improving punctuality. Handling will be simplified, fill rates will be higher and, as a result, market prices will be competitive and predictable.”