Container traffic grew by 3% between January and May. 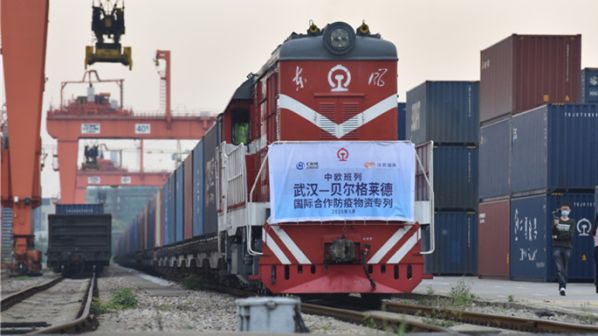 CHINA National Railway (CR) reports that a total of 6153 freight trains were operated between China and Europe in the period from January to May 2022, an increase of 2.7% on the year before.

The number of containers transported was 590,000 TEU, up 3% on 2021. CR says that this shows “a good development trend of steady progress.”

However, in 2021 as a whole the number of freight trains operated grew by 22% and the number of TEU moving between China and Europe by rail increased by 29%.

In 2020 year-on-year growth was 50% and 56% respectively, perhaps reflecting increased traffic due to the Covid-19 pandemic.

The war in Ukraine is believed to be one of the causes of the decline in the growth of rail freight between China and Europe, with some customers choosing not to use routes via Russia and Belarus to avoid trading with Russian Railways (RZD).

Sanctions against Russia have combined with a weakening economic climate and increasing transport costs.

This has seen customers return to sending their consignments by sea, with longer transit times than rail.