GENESEE & Wyoming (G&W) confirmed on March 25 that it has completed the £492m acquisition of approximately 94% of Freightliner Group, Britain, from Arcapita and other shareholders, plus approximately £19m of net debt and capitalised leases. 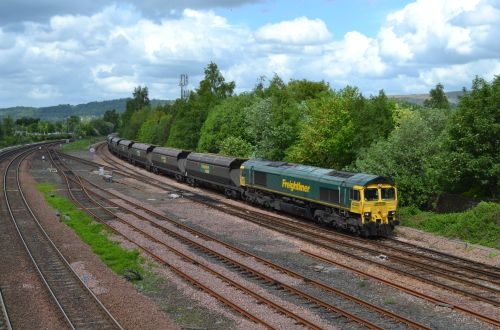 Under the deal, members of the existing Freightliner management will retain a 6% economic interest in Freightliner, with G&W to acquire 100% by mid-2020. G&W has also entered into a new five-year senior secured credit facility comprising a $US 2.175bn loan and a $US 625m revolving credit facility. G&W expects to have $US 475m of revolver capacity following the close of the deal.

Freightliner said when the planned acquisition was announced on February 24 that the change of ownership would not have any effect on its daily operations.

Freightliner generates annual revenues of $US 785m and is Britain's second-largest railfreight operator. It also has operations in Europe and Australia and recently secured an operations support contract for the North-South Railway in Saudi Arabia.

Freightliner's global fleet comprises around 250 standard-gauge locomotives and 5500 wagons, most of which are leased, with maintenance carried out at the company's own depots.

G&W owns or leases 120 freight railways around the world, serving more than 2500 customers.