DUTCH railfreight operator Herik Rail Cargo launched its first intermodal service from the port of Amsterdam to the Segrate terminal near Milan on March 3. 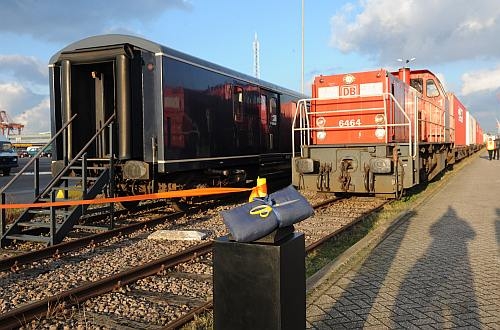 Herik is aiming to provide a fast, direct service between the Amsterdam area and northern Italy, targeting the market for time-critical goods with a journey time of around 21 hours, which is faster than the road journey.

Important cargoes include pharmaceuticals, electronics, fresh produce such as fish, and flowers from the world biggest flower auction at Aalsmeer.

The train was officially launched by former Dutch transport minister Mrs Karla Peijs at the Ter Haak terminal in the western part of the port of Amsterdam.

The 450m-long train carries containers, tanktainers, and swap bodies, and is operated by Herik's partner in the project DB Schenker Rail.

The train currently runs three times a week although Herik says it hopes to increase the frequency to 5 times per week.