THE New Mexico Border Authority has selected HNTB to perform an extensive feasibility study of a new railway bypass and international border crossing with Mexico near Santa Teresa, close to the New Mexico-Texas state line. 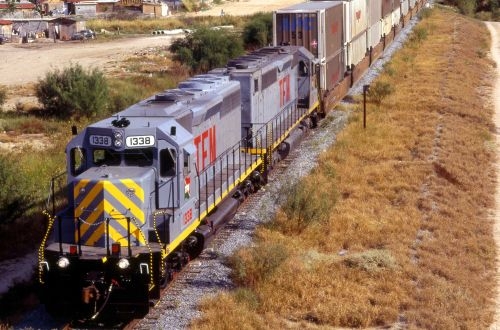 The study will take 12 months to complete and, if it is deemed feasible, it is anticipated that the project would link with a proposed railway from a yet-to-be-built port at Nayarit on the west coast of Mexico to San Jerónimo, just over the border from Santa Teresa. This scheme is backed by Chinese investors after they signed a letter of intent with Chihuahua governor Mr César Duarte in August and is considered a key part of the San Jerónimo Santa Teresa Master Plan to create a cross-border manufacturing hub.

The New Mexico railway project would provide a connection from Union Pacific's Strauss terminal development, a $US 400m, 890-hectare inland port located west of Santa Teresa which opened in April a year ahead of schedule, to the new railway.

If the new railway is deemed feasible the results of the work will guide the state of New Mexico and its associates in developing the new bypass and border crossing. As part of the HNTB team, multiple New Mexico-based consultants will provide technical expertise and regional insight for the study. The study will also include a public outreach programme to foster coordination between United States and Mexican government agencies, the states of New Mexico, Texas and Chihuahua, UP, BNSF, and Ferroxmex, along with local stakeholders.

"HNTB has been engaged in this project for a decade by participating in advisory committee meetings between the states of New Mexico, Texas and Chihuahua, and the three railfreight carriers in the region," says Mr Joe Lieikis, HNTB rail practice leader. "Successful implementation of this project carries with it the potential to dramatically enhance the economic vitality of the region."