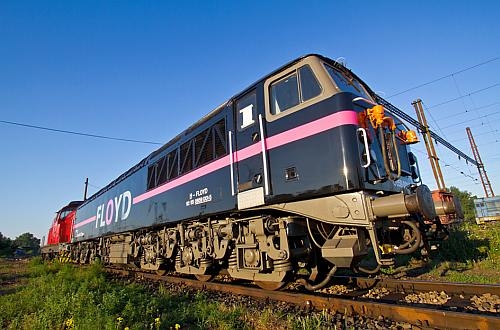 The locomotive was overhauled and modified for operation in Hungary by Europhoenix, Britain, which is also supplying Floyd with 10 class 86 electric locomotives, five of which have already been delivered.

The class 56s will be used on transit freight services on the non-electrified Püspökladány –Biharkeresztes and Pécs – Magyarbóly lines. The 1.79MW locomotive, which is the most powerful diesel on the Hungarian network, will go through the certification process and is not likely to enter service with Floyd before September.

Meanwhile Floyd has become the first Hungarian private operator to be granted a license to operate freight trains in Austria. Floyd is 51% owned by Eurogate Intermodal, Germany, and has been running intermodal trains from Hamburg and Bremerhaven to Budapest for some time, co-operating with German open access operator BoxXpress (itself recently granted a freight license for Austria) and Austrian partners such as LTE. The granting of an operating license means Floyd now operates through to the German border, and the company has recruited additional drivers for these services.