INDIAN Railways (IR) carried out an initial trial run with a piggyback train between Vasar Road and Boisar in Maharashtra state on January 5 as a precursor to a proposed roll-on roll-off service which will carry lorries between Kolad and Boisar. 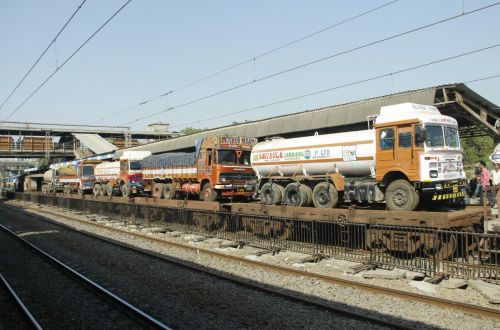 IR has asked Central Railway and Western Railway to examine the feasibility of running piggyback trains from Jawaharlal Nehru Port, which sees more than 5000 lorry movements a day.

Lorries currently take around 7-8 hours to complete the journey between Kolad and Boisar, but the piggyback train is expected to reduce the trip to around six hours. Each train will carry around 40 lorries.