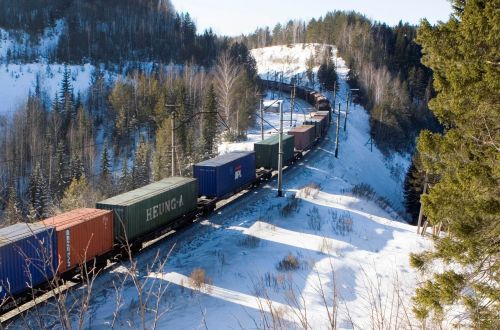 In total 95,000 TEUs were transported on Russia’s rail network in 2016, a 20% increase year-on-year. Of this, transit shipments between China and Europe accounted for more than 73,000 TEUs, and domestic services approximately 12,000 TEUs. In addition, Chinese imports to Russia accounted for 5000 TEUs, and Russia to China imports a further 5000 TEUs.

However, the majority of freight handled by the company is coal, metal and ore trains, and it typically processed 11,000 wagons per month in 2016. The number of clients entrusting services to RZD Logistics is now 41, with the company having access to 250km of private track and managing more than 100 shunting locomotives, locomotives and handling equipment.

“In 2016 we focused on deeper immersion in the transport infrastructure of our clients,” says Mr Vyacheslav Valentik, RZD Logistics CEO. “We optimised the supply chain management system and improved our logistics services. Today we are seeing the results of our efforts: the growth of key indicators and our client base.”

The April 2017 edition of International Railway Journal will include a feature article looking at recent growth in China-Europe intermodal rail freight and its prospects for the next few years.