Iron Rhine reopening back on the table

AFTER several frustrated attempts, the government of Flanders has once again raised the prospect of reopening the Iron Rhine, a direct rail link between the port of Antwerp and Mönchengladbach in Germany's industrial Ruhr region, which closed in the 1990s. 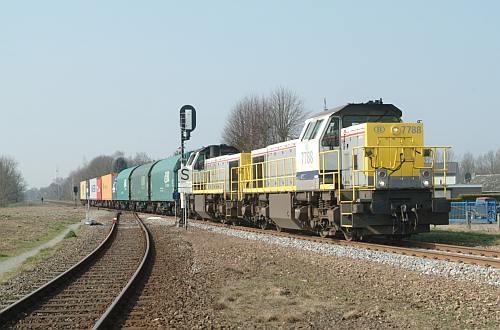 Flanders wants the parties involved to study options for reviving the route, which runs via Weert and Roermond in the Netherlands, as it forecasts a 50% increase in freight traffic between Antwerp and Germany, with rail expected to take a significant share of this.

In the early 2000s the Iron Rhine revival was debated at length by relevant parties in Belgium, the Netherlands, and Germany. Under the 'separation treaty' between the Netherlands and Belgium (which used to be a part of the Dutch kingdom), Belgium is legally entitled to access a rail transit corridor to Germany via Weert and Roermond. However, environmental regulations mean reopening will require significant investment in the Netherlands and this has little support from the Dutch government, particularly as Antwerp is a competitor to the Dutch port of Rotterdam.

Currently Antwerp – Germany freight traffic either runs via the Montzen/Aachen border crossing or via Roosendaal and Venlo in the Netherlands. The latter route runs parallel with the Iron Rhine and is electrified throughout.

Flemish minister for mobility and public works Mr Ben Weyts plans to launch a study for the reopening of the line and hopes to gain the support of the European Union for the project.