The service is expected to improve trade between Pakistan, Iran and Turkey. 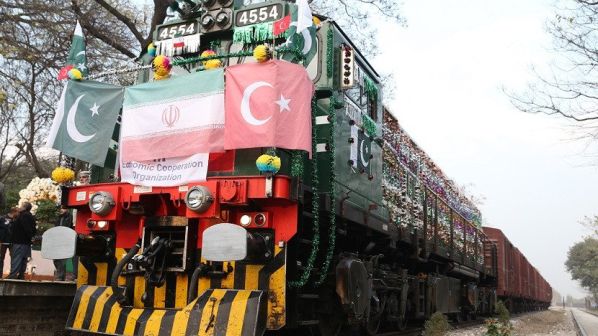 A freight service connecting the capitals of Pakistan and Iran with Istanbul in Turkey has been relaunched, with the inaugural train departing Islamabad on December 21 and reaching Ankara on January 3 before continuing to Istanbul.

The service is currently being used by freight forwarders Maxtel Logistics and Haroon Brothers. The train will initially comprise of bulk freight wagons, before adding inter-modal freight in a second phase.

Mustafa told the launch that regional connectivity was very important in today’s world and described the services as a significant initiative of Pakistan’s Ministry of Railways, adding that trade could be further increased if the route is extended into Europe.

Swati says the service will not only boost business activities between the three countries but also transform Pakistan Railways into a profitable entity. He said Pakistan Railways was also planning to run a passenger train between the countries in the near future, adding that “we have opened our trade routes and it is a great opportunity for importers and exporters.”

A trial run of the train was launched in August 2009 as a project under the Economic Cooperation Organization (ECO).