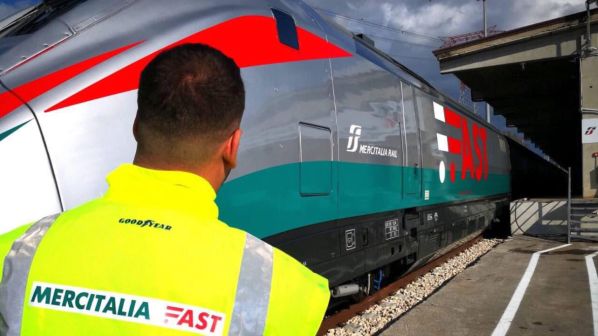 From November 7, Mercitalia Fast services will operate nightly between Monday and Friday, linking the Caserta terminal with the Interporto hub in Bologna in 3h 30min.

The services will be operated by a 12-car ETR 500 train which has been modified to transport 70x80x180 roll containers. According to Mercitalia the train will accommodate a payload equivalent to 18 articulated lorries and is expected to eliminate 9000 lorry movements a year on the north - south A1 highway.

“Mercitalia Fast will be the first freight service to use the national high-speed network,” says Mercitalia CEO, Mr Marco Gosso. “Our goal is to offer a tailor-made service to those customers who need to deliver goods quickly, reliably and on time, attributes that are increasingly in demand with the e-commerce boom. Today we are the only operator able to offer such an innovative service.”