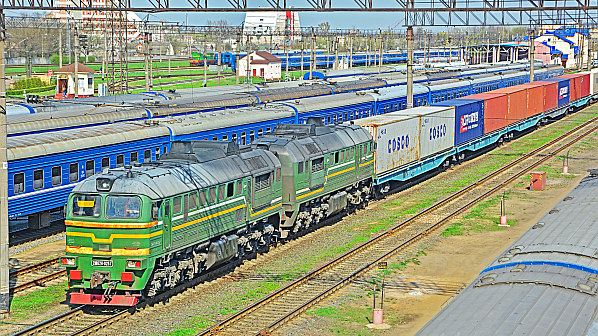 An agreement has been signed to make rail even more attractive for freight between China and Europe.
Photo Credit: Shutterstock.

The joint venture, which acts as one of the elements of RZD’s foreign business strategy, aims to capitalise on the sustainable growth in trade between China and Europe and provide competitive and reliable rail services transporting cargo between China, Russia and the European Union (EU). It will also act as a freight-forwarder and logistics coordinator of freight transported from Chinese provinces to southern Europe and the Balkans, operating through Russia and Hungary.

Först explained on Twitter that the joint venture will seek to transform the route via Ukraine and Hungary into a second, major axis that would lead to new capacity, fast transport times and efficient onward distribution in Europe. “The land bridge between Europe and Asia is of enormous importance in connecting the respective communities,” he tweeted. “Trade lines lead to prosperity, economic growth and ultimately also connect people, thereby helping to bridge political divides.”