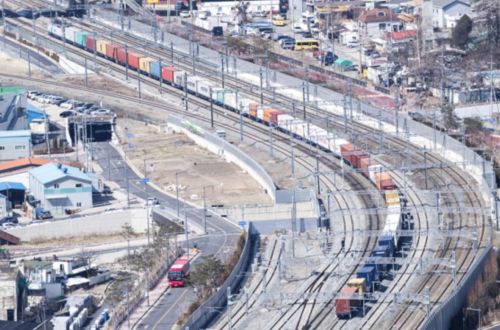 The test train arrived at Busanshinhang station at 11:28 after departing Obong station in at 06:20.

A typical freight train in Korea comprises 30 -33 wagons, and the longer trains have an increased capacity of about 30%. The operations were part of a test project which took place from March 7-8, consisting of two 40-car freight trains making a round trip on the same route.

Korail acted on the words of CEO Mr Hong Soon-man who said that freight trains should take advantage of rail’s transport capacity. The use of longer trains is expected to boost profitability while reducing the cost of freight transport.

Korail have also began evaluating the potential use of freight trains with 50 or more wagons, and two of 40-wagon trains will begin operations this month.