Eximbank will provide $US 312.25m in loans to finance Egyptian rail improvements. 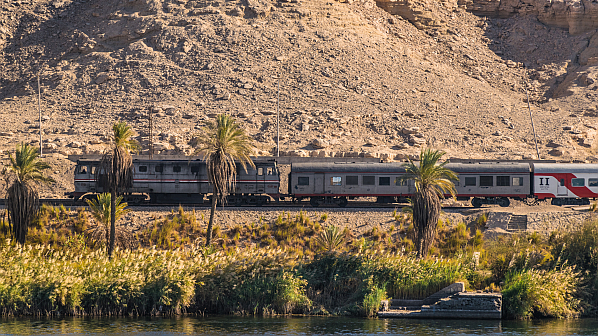 KOREA’s export bank is to provide $US 312.25m in loans to the Egyptian government for the modernisation of the north African country’s railways.

The money will be used to upgrade the Luxor - Aswan line in southern Egypt and is the first time support has been provided by both the EDCF and EPDF. The former will provide $US 251.61m, the latter $US 60.64m.

The section of railway, which opened in the 1850s, serves major tourist attractions including the Luxor Temple and the Valley of Kings and plays a role in the logistics movement of agricultural products produced near the River Nile. However, the line’s low line speeds and poor safety record are highlighted by Eximbank as reasons for the investment.

The EDCF is designed to be a low-interest, long-term loan, while the EDPF is focussed on supporting infrastructure projects.

"As of last year, Egypt is Korea's number one African exporter and is a country with a great need to strengthen economic cooperation considering its economic size, population, and geopolitical location,” says an Eximbank spokesman. “We will expand support for large infrastructure using co-financing to increase opportunities for Korean companies to enter overseas businesses along with promoting friendship with developing countries.”