Kyrgyzstan eyes transit corridor from China to the Gulf and Europe

KYRGYZSTAN Railways' (KTZ) director general Mr Argyhbek Malabaev says that the railway is aiming to complete a final comprehensive feasibility study by the end of 2013 for a new cross-country electrified line that will open up the country to transit traffic between China, the Persian Gulf and Europe. 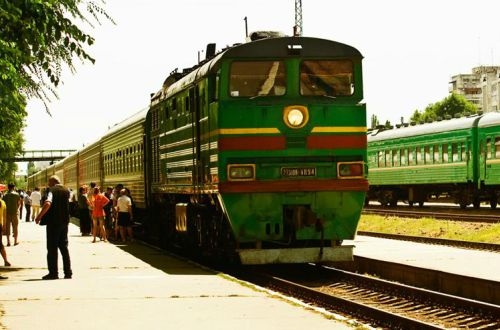 Speaking to IRJ in Astana, Kazakhstan, this week, Malabaev said that he hopes that construction of the new line which is estimated the cut the distance by rail between China and Europe by 900km, can begin in 2014. Malabaev said that the plan is to offer an alternative to similar transit corridors through Kazakhstan and Russia.

"At the moment we are not a transit railway, all of our lines are dead ends," Malabaev said. "If you look at the map the Persian Gulf countries as well as Turkmenistan and Iran and are closer to us and we want to be another way into these important markets."

The project consists of 264km of new lines to expand the country's existing 467km network and was first initiated in 1996 after China decided to construct the South Xinjiang Railway from Korla to Kashgar.

The route for the new line starts in Kashgar and crosses the Kyrgystan border at Torugart, transcending the Tuzbel pass, through the Arpa River valley and Fergana range, and reaching Kara-Suu on the Uzbekistan border which is the railhead of the existing Uzbek network.

The line will pass through 48 tunnels with a total length of 48.9km, the longest being the Ferghana at 14.1km, and requires the construction of 95 bridges with a total length of 20.9km. In addition, due to the gauge differences between China and Kyrgyzstan, a bogie changing station will be built near the Tuz-Bel mountain pass where freight and containers will also be weighed and sorted.

By building the new line, KTZ's existing Balykchy – Kochkor and Karakeche – Arpa – Kara Suu lines will be connected for the first time, provide improved transport links across the country for both passenger and freight services.

The full feasibility study will provide an accurate figure of the exact cost of the project, although it is expected to be in the region of $US 2bn while annual income levels from the line are projected to be $US 210m. Malabaev said that the Uzbekistan government has given its approval for the project and discussions are continuing with China. He expects the railway to carry up to 5 million tonnes of freight during its first year of operation, and 15 million tonnes when it is fully operational.

"We need to improve our infrastructure in order to meet the needs of these new locomotives," Malabaev said. "We also do not have an electrified railway at present, but we are aiming to do this by 2015."