LATVIAN Railways (LDz) has drawn up a new business model in a bid to halt a continuing steep decline in freight traffic and modernise passenger stations and lines. 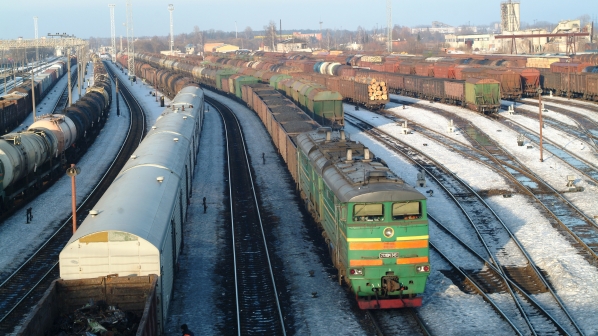 Latvian Railways has drawn up a plan to save its rail freight business.
Photo Credit: Quintus Vosman

LDz says rail freight traffic dropped to the lowest level for decades in 2019, “substantially reducing the company’s income, affecting the company’s financial situation and posing a significant threat to the company’s overall stability,” and the downward trend is continuing in the first half of 2020. “Given the current geopolitical trends and the declining demand for fossil fuels in Europe, the volumes of the most frequently shipped goods - coal and oil products - are not likely to recover in the coming years,” LDz says.

“Taking into consideration the current freight transport volumes and future projections, it was clear that, in order to ensure the company’s operation and stabilise the financial situation, it is necessary to make important decisions related to changes in technological processes and cost reduction, while paying special attention to developing a new business model,” says LDz chairman, Mr Māris Kleinbergs.

The new business model will expand the company’s range of freight services substantially and see LDz become a full-scale provider of third-party logistics (3PL) services. The plan also foresees an expansion into freight forwarding, including by sea and road transport, and warehousing services, coupled with a drive to increase efficiency, reduce operating costs, and improve productivity.

“By expanding into new markets and developing new, competitive services with high added value, it is possible to partly and gradually replace the declining transit flows of fossil fuels through Latvia with other types of freight, even though we are aware that the new types of freight will not restore freight transport volumes to the former amounts,” says Kleinsbergs.

In addition, LDz has revised its investment plans to include the construction and modernisation of 48 stations, and the complete modernisation of passenger infrastructure on four electrified lines radiating from the capital of Riga to Tukums II, Skulte, Krustpils and Jelgava.

New stations will be built at Silikātu Street and Slokas Street on the Torņakalns - Bolderāja line, at Dauderi on the Zemitāni - Sloka line and at Alfa on the Riga - Cēsis line. Tenders for the design and construction of the new stations will be launched in coming weeks, with work scheduled for completion by December 2023.