Lineas secures sale and leaseback of locomotive and wagons 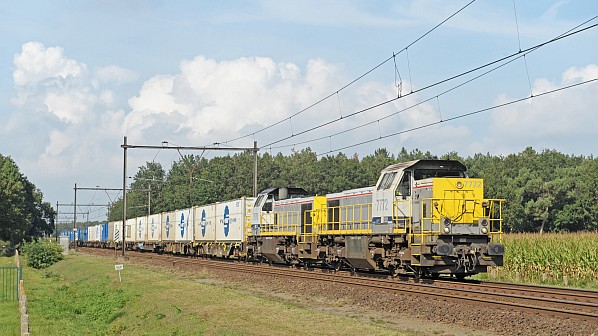 BELGIAN railfreight operator Lineas has reached sale and lease-back agreements for a fleet of locomotives and wagons with Beacon Rail Leasing and Ermewa.

Under the agreement, Lineas will transfer ownership of 109 diesel class 77 locomotives to Luxembourg-based Beacon Rail Leasing up to 2023. The Bo-Bo 1.15MW units were built by a consortium of Siemens and Vossloh between 1999 and 2002, and are designed for both mainline operation and shunting. The locomotives are approved for operation in Belgium, the Netherlands and Germany.

Lineas will continue to operate both the locomotives and the wagon fleet and will remain as the entity in charge of maintenance. Lineas says the transaction will enable the company to entirely reimburse its senior credit facilities, further strengthen its financial position, increase future flexibility, and provide additional capital to support investments to deliver its European growth strategy and achieve modal shift.

The agreement will pool resources between all three companies to reinforce Lineas’ efforts to deliver future innovations such as Digital Automatic Couplers as well as install ETCS onboard locomotives.

“This sale and leaseback transaction is an important step towards our transformation into an asset-light company, keeping long-term access to these strategic assets while at the same time increasing the flexibility to increase and reduce scale in a continuously evolving market environment,” says Lineas’ CFO, Mr Jan De Raeymaeker.