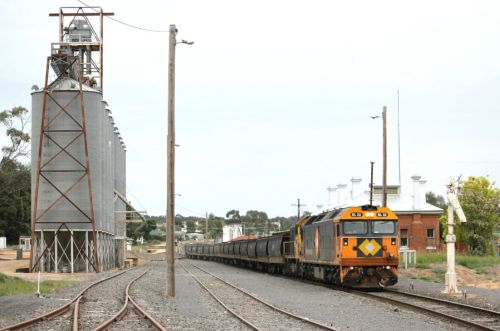 The $A 440m ($US 334.6m) project involves upgrading and converting the existing 1055km network from broad gauge to standard gauge, and increasing axleloads from 19 to 21 tonnes apart from on the Ouyen - Murrayville line. Initial work will also begin to reopen the 87km line between Maryborough and Ararat.

Construction is expected to start next month and continue until August 2018. McConnell Dowell says that 400 personnel will be employed on the project at its peak.

The project is jointly funded by the Australian and Victorian governments and is intended to increase the reliability and capacity of the network as well as improve access to and exports from Victoria’s ports at Portland, Geelong, and Melbourne.

“Once the Murray Basin Rail Project is completed, trains on the freight network will be able to carry more product, more often,” says Mr Darren Chester, Australian federal minister for infrastructure and transport. “There will be huge benefits to the Australian economy, with the project supporting an increase in competition between the three ports and operators of freight trains and increasing export volumes to overseas markets.”

The first stage of the project was completed in 2016 and included the installation of 175,000 sleepers and 3.4km of new rail on the Mildura and Hopetoun lines.