The review will be completed in early 2023 and will assess the project’s scope, schedule and costs. 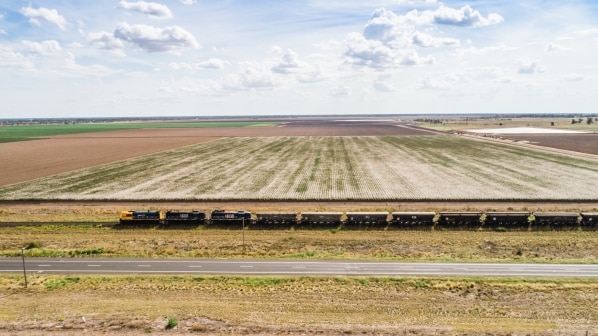 THE Australian government has announced an independent review of the $A 15bn ($US 9.39bn) Inland Rail project, which it says will take a close look at the planning, governance and delivery of the 1700km Melbourne - Brisbane railway.

“We inherited a project over budget, behind schedule and with no plan for where it will start or end,” says federal minister for infrastructure, transport, regional development and local government, Ms Catherine King.

“We are delivering on our election commitment to undertake an independent review to get this nationally important project making progress again without further delays and with improved community consultation.”

The review will consider the process for selecting the Inland Rail route, including stakeholder consultation, and assess the project’s scope, schedule and cost. Options will be analysed for the new Inland Rail intermodal terminals in Melbourne and Brisbane, which to date have not been included in the scope of the project.

Also included will be a review of the $A 5bn PPP contract for construction of the 128km Gowrie - Kagaru section of Inland Rail.

Dr Kerry Schott, with a long career in investment banking and business leadership, will lead the review and make recommendations “to ensure this nationally significant project is successfully delivered,” according to King.

“Dr Schott is a highly respected leader who brings a wealth of experience from both the business and government sectors,” King says.

The Inland Rail project has more than doubled in cost since funding was first announced in 2016, while the forecast completion date has continued to slip, with 2028 the latest estimate for the start of full operation.

The review is expected to be completed by early 2023. The government intends to release the findings of the review once it has an opportunity to consider them.

For detailed data on rail projects from Australia and around the world, subscribe to IRJ Pro.