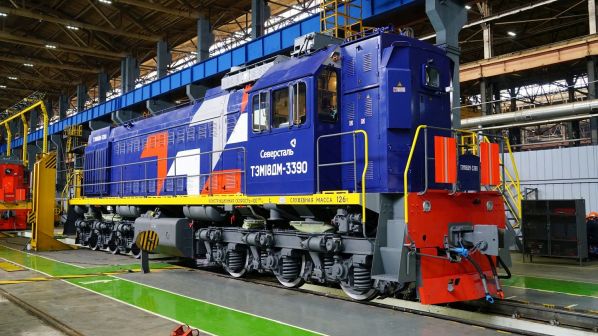 Two of the locomotives were delivered to the plant at the end of May and are already preparing to enter service, while the third was handed over in July.

Karelsky Okatysh is updating its motive power fleet with diesel locomotives from BMZ and six units from the same manufacturer are already operating.

The TEM18DM combines reliability with improved emissions performance and economical fuel consumption. It also features diagnostic systems and has been designed for ease of repair, and is able to operate in severe climatic conditions, such as those experienced north of the Arctic Circle.

BMZ has produced 2000 TEM18DM locomotives since 2007 for haulage, shunting and hump yard duties on Russian Railways and private industrial lines. Six variants of the design are offered to suit customer requirements.