A ceremony was held in Austria’s western Vorarlberg province on October 19 to mark the completion of a €60m project to expand the intermodal freight terminal at Wolfurt. 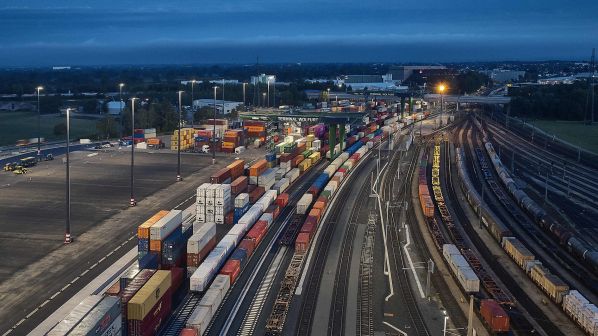 Austrian Federal Railways (ÖBB) began work on the new terminal in 2014 to replace an older facility at Wolfurt, which had reached capacity.

The new facility has four 750m-long tracks and two gantry cranes, with storage space for 1700 containers close to the track and a further 3500 in the adjacent area.

The site also has 500m of sidings for single wagonload traffic as well as stabling sidings for container wagons.