The new line will connect the Port of Sohar in Oman with Abu Dhabi. 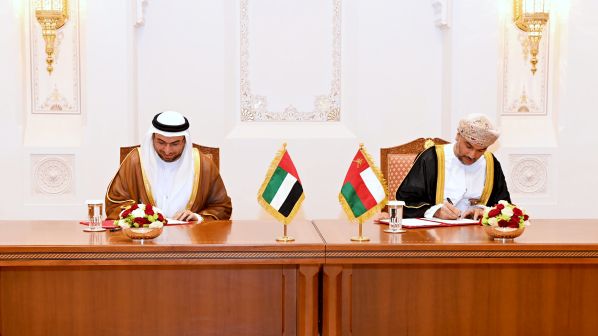 OMAN Rail and Etihad Rail, the national railway developer and operator in the United Arab Emirates, have signed a $US 3bn agreement to design, construct and operate a 303km cross-border railway from the port of Sohar on the Gulf of Oman to UAE’s national network at Abu Dhabi via Al Ain.

Under the agreement, Oman Rail and Etihad Rail will form a jointly owned company, Oman-Etihad Rail Company, which will lay the groundwork and workplan for the project, including its financial mechanisms and schedule. The company will also handle design, development and operation of the rail network.

The Abu Dhabi government said in a statement that the railway will boost economic growth in both countries and improve the efficiency of the supply chain and facilitate cross-border trade.

Mr Shadi Malak, CEO of Etihad Rail, says the agreement heralds a new chapter of prosperity between both countries.

“The agreement outlines a strategic roadmap for a sustainable project which will contribute to bolstering the solid relations between the UAE and Oman, and will play an instrumental role in facilitating national and regional trade by connecting the UAE National Rail Network with Sohar Port,” Malak says.

Construction on the second phase of the UAE's national network is nearing completion. Connection of the Industrial City of Abu Dhabi (ICAD), the site of the largest inland rail freight terminal in the United Arab Emirates (UAE), and the national railway network, earlier this month was the latest milestone for the project.