OMNITRAX Canada has confirmed that it is selling the Port of Churchill and the associated Hudson Bay Railway Company to an unidentified group of northern-Manitoba-based First Nations for an undisclosed sum. 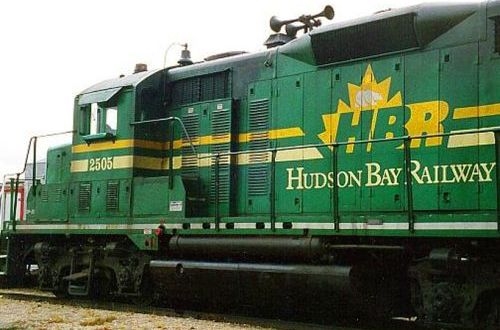 OmniTrax accepted a letter of intent for the purchase of its Manitoba assets, which it has operated since 1997, from the First Nations group on December 16 with a 45-day due diligence period.

"It's a group of communities along the line and others that, you know, over the period of time have always believed the railway was theirs," says OmniTrax president Mr Merv Tweed. "This now can become a reality based on current negotiations."

HBRY owns and operates 1009km of former Canadian National (CN) infrastructure which connects with other railways in Manitoba, running north through Manitoba to the Hudson Bay
A downturn in grain shipments has put a strain on the 80-employee operation and prompted OmniTrax to announce in early December that it was looking for a buyer.

OmniTrax, which has agreed to work with the First Nations "for a number of years" to ensure a smooth transition and detailed knowledge transfer says the transaction will add to the already substantial economic development of the participating Northern Manitoban First Nations. It will also maintain vital interconnectivity for all of the communities currently served by the line.

OmniTrax says it will approach federal and provincial governments to participate in the process. It adds that further specifics of the group and the transaction will follow in the New Year.