POLISH broad-gauge railway PKP LHS has signed a declaration of access to the Trans-Caspian international transport route (TCITR), which links China with Europe via Kazakhstan, Azerbaijan, Georgia, and Ukraine. 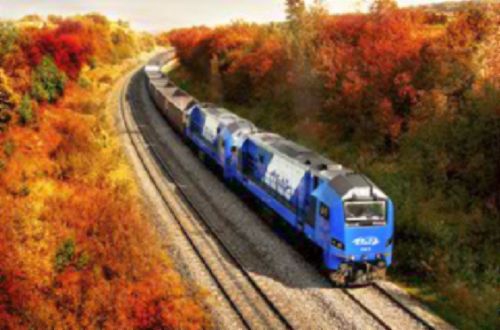 PKP LHS serves as infrastructure manager and exclusive operator of the 394km 1520mm-gauge line linking the Ukrainian border with the Katowice area. The company has been successful in attracting traffic from former Soviet Union countries, and has a 4.3% share of national freight volume by tonnage.

TCITR was launched with the establishment of its Coordinating Committee in October 2013. The combined land-sea corridor circumvents Russia through the Black Sea and Caspian Sea thanks to the use of roll-on/roll-off train-ferries.

The TCITR is an alternative to the Russian Trans-Siberian Railway and Baikal–Amur Mainline, and is part of China's 'New Silk Road' concept. If successful, it could profit from the current shift of some of the China-Europe traffic from the sea route via the Suez Canal to intra-Eurasian land connections.

PKP LHS is Poland's first company to join the TCITR, a step that may help to increase the company's share in west-bound freight from Asia.