P&O Ferries announced on January 23 that it will begin work soon on a project to expand its rail hub at Rotterdam Europoort which aims to accommodate burgeoning traffic at the terminal. 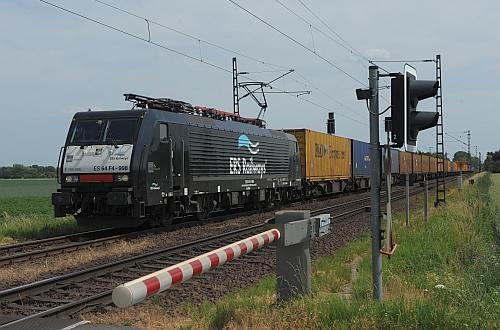 Railfreight volumes through the terminal increased by 43% in 2013 and 78% last year, with 80% growth anticipated in 2015. P&O says much of the additional traffic is travelling from Poland to Britain and has been generated by open-access railfreight operator ERS Railways.

The terminal currently handles around 26 trains per week and this is expected to increase to 32 trains per week when the upgrade is completed later this year. The existing track layout means that currently trains arriving at the terminal need to be divided for unloading. The expansion project includes extension of the sidings to 690m which will allow complete trains to be handled.

P&O says sufficient land is available at the site for further expansion if required.