RAILFREIGHT capacity on lines into the port of Hamburg will be increased significantly on December 13 following the completion of infrastructure upgrades which will enable maximum train lengths to be increased from 740m to 835m. 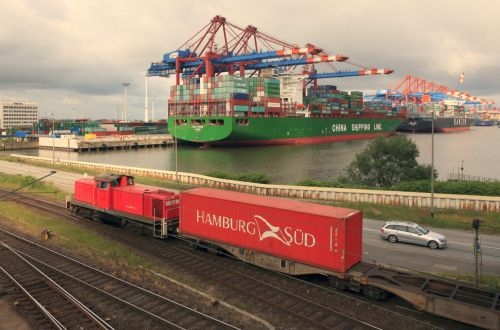 DB Networks says the project, which completes the 835m corridor between the port and Scandinavia, will enable intermodal trains to carry up to 15 additional containers.

A project to upgrade the 210km line from Maschen yard near Hamburg to the German-Danish border at Padborg was completed in December 2012, increasing train capacity by 25% and improving rolling stock utilisation by 22%.