ProRail to take control of Betuweroute

PRORAIL has announced it will take over operation of the Betuweroute dedicated freight line from January 1, when the line's current operator Keyrail and all 60 of its employees will be absorbed by the Dutch national infrastructure manager. 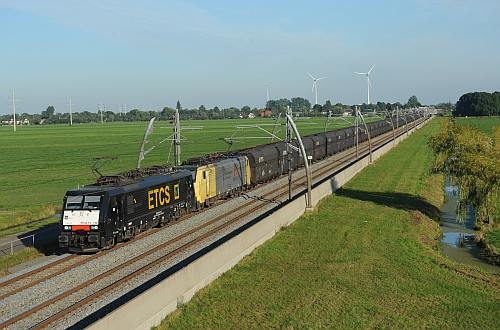 When the Betuweroute project was under development, in during its first years, it was intended to establish a separate organisation for the management of the line, and also to attract private capital for investment.

Various proposals were made, but no private capital was secured and construction was ultimately financed by the Dutch state.

Keyrail was formed to operate the line while the concession for Betuweroute infrastructure management, including rail infrastructure in the entire port of Rotterdam, was granted to ProRail by the Dutch transport minister.

The elimination of Keyrail is likely to be welcomed by railfreight operators as it means they will only have to deal with one organisation for access to the Dutch network.

Keyrail had hoped to take over management of freight traffic as far as Oberhausen, Germany, in a bid to achieve closer integration on the Rotterdam – Ruhr corridor, but it was unable to reach an agreement on this with German infrastructure manager DB Networks.