AUSTRIAN Federal Railways (ÖBB) railfreight subsidiary Rail Cargo Austria (RCA) announced on September 23 that it has acquired German railfreight operator EBM Cargo as part of its strategy to expand its activities in Germany and the Benelux countries. 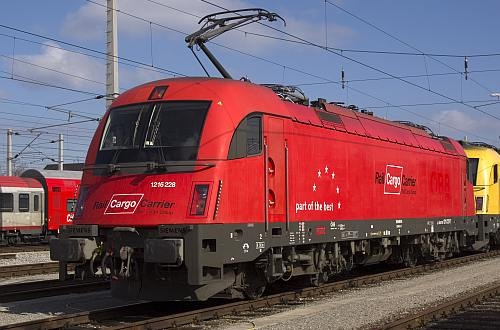 Until now RCA has worked in close cooperation with DB Schenker Rail on many freight flows between Austria and Germany but this arrangement is becoming increasingly sensitive under anti-trust legislation. RCA has already cooperated with other private freight operators in Germany including ERS Railways, Captrain, and Railtraxx and it also has formed a joint venture with Belgium's Rail&Sea called RCA Benelux to improve logistics in the Benelux countries.

EBM Cargo had been privately-owned since 2010 with annual turnover of around €5m.The company is certified to operate on the German mainline network until December 2018.

EBM Cargo will be renamed Rail Cargo Carrier Germany and will be responsible for providing traction for RCA freight trains in Germany.

DB Schenker Rail has recently been granted a safety certificate in Austria and its Lokomotion subsidiary is increasing its activities in Austria, indicating that there will be greater competition between DB and RCA on the north-south corridor from Germany to the Balkans via Austria.