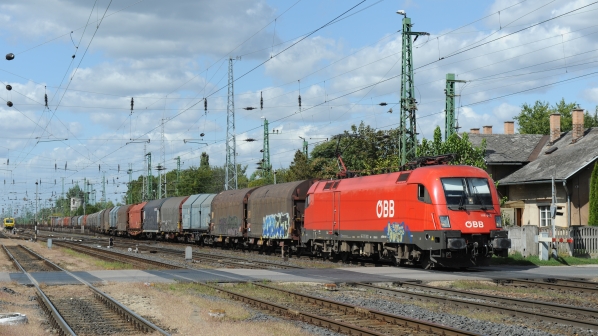 RCH will expand its fleet in 2020.
Photo Credit: Quintus Vosman

RCH, a subsidiary of Austrian Federal Railways (OBB), will add five new electric locomotives and three diesel shunting locomotives to the fleet in the first half of 2020. The company also aims to introduce hybrid locomotives, and in September awarded CRRC Zhuzhou Locomotive (CRRC ZELC) a 36-month contract to develop electro-hybrid locomotives optimised for freight transport in Europe. The new locomotives will be suitable for operation on non-electrified lines. RCH plans to train around 60 train drivers in 2020, to operate its expanded fleet.

The company marked a milestone this year, with 50% of its services operated over the first eight months of the year using its own locomotives. This strategy will make RCH less dependent on external traction providers.

RCH, which is the biggest rail freight operator in Hungary, estimates that freight traffic will drop further to 31 million tonnes in 2019. The reasons for the decline are the recession in steel and machinery production and problems in the automotive sector.

RCH has begun a process to streamline the company. A new digital platform will be launched to simplify and optimise activities such as wagon inspection and planning. RCH has a cooperation with the Ministry for Innovation and Technology, aimed at improving single wagon transport, developing intermodal traffic and modernising the logistic centre in Záhony.