MEMBERS of the European campaign group Rail Freight Forward (RFF), as well as seven industry associations, have signed a Memorandum of Understanding (MoU) expressing their support for the implementation of Digital Automatic Coupling (DAC) on all European freight trains by 2030. 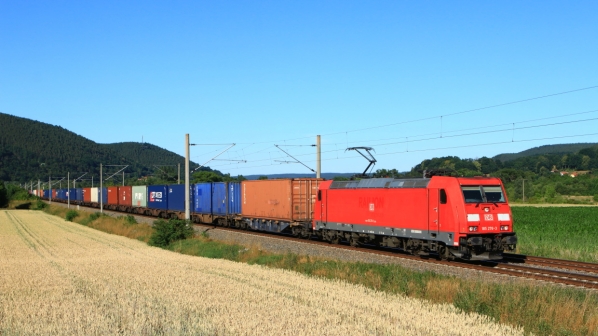 RFF, which campaigns to increase rail’s overall share of European freight to 30% by the same year, says that the implementation of DAC would significantly improve rail’s competitiveness by improving digital interconnectivity for trains, as well as facilitating automatic brake testing and electro-pneumatic brakes, and enabling the train consistency checks required for the introduction of ETCS Level 3 train control.

RFF suggests that the technology could be used to help achieve the goals of the European Green Deal, which supports a modal shift to rail freight as a method of decreasing CO2 emissions caused by freight transport. It promotes DAC as a key “technological pillar” alongside ERTMS, Automatic Train Operation (ATO), digital platforms and infrastructure measures, which it says could significantly increase rail freight capacity and frequency.

RFF cites the EU DAC Delivery Programme, which is currently being set up under Shift2Rail, as a key scheme for the deployment of DAC on the European network. RFF says a possible automation roadmap for the EU rail sector must include both automatic coupling and uncoupling for the sake of efficiency and cost-effectiveness.

It says that the success of DAC deployment is also dependent on factors such as the effective assessment and demonstration of prototypes, the definition of a European DAC open standard, the establishment of a feasible migration programme and the identification of a suitable funding model for the project to enable, accelerate and bridge the transition period until deployment is completed.

Signatories of the MoU are committed to campaigning for the deployment of DAC across the EU rail network until 2030, subject to a sound migration plan and strong financial and deployment support from the European Commission (EC) and member states.

RCG CEO, Mr Clemens Först, described DAC as a “true game changer for the European rail freight sector,” in a post on Twitter.

RFF also says that additional operators, wagon leasers, infrastructure managers and other organisations are welcome to sign the MoU.

The MoU follows the awarding of a contract to demonstrate, test and certify DAC for rail freight by the German Federal Ministry of Transport and Digital Infrastructure (BMVI) in July this year to a German Rail-led (DB) consortium of six European partners.

The group also comprises freight operators SBB Cargo and Rail Cargo Austria, along with the rolling stock leasers GATX Rail Europe, Ermewa, France, and VTG, Germany. The project will run until December 2022, and is intended to choose a preferred coupling type in preparation of a European-wide introduction.