THE board of Spanish operator Renfe this week approved its plan to select an industrial partner for its subsidiary Renfe Freight. The Spanish train operator wants to transform its freight unit into a logistic operator in an effort to curb losses which in 2014 totalled €54m, and to increase rail's modal share, which is currently less than 5%. 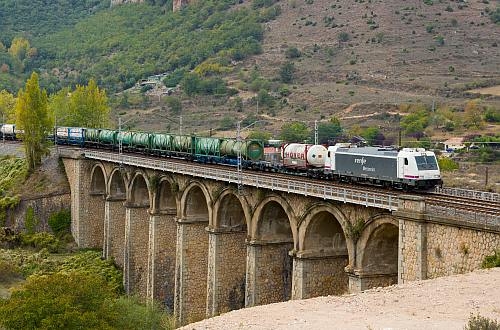 Under this plan, Renfe will launch an open tender to select a single partner which will hold a maximum 49% stake in Renfe Freight. The operation will be carried out by increasing the total capital of Renfe's subsidiary.

The process will now have to be approved by Spanish Government, which will also specify its timeline, along with the details of the public tender and the total value of the capital increase. Renfe Freight has been aligned lately with German Rail (DB), with whom an agreement "to cooperate in different issues, such as the market liberalisation process" was signed in 2013.

Last October, the Spanish Markets and Competition Office opened a probe into a possible collusion agreement and abuse of a dominant position by the Renfe and two of its subsidiaries, Renfe Freight and Renfe Railway Equipment Rental, along with Transfesa and several other companies owned by DB Schenker.