RIO Tinto announced on December 28 that it has successfully completed its $US 940m AutoHaul project to automate the operation of its 1700km heavy-haul rail network in the Pilbara region of Western Australia, which it says is now the “world’s largest robot and first automated heavy-haul, long-distance rail network.” 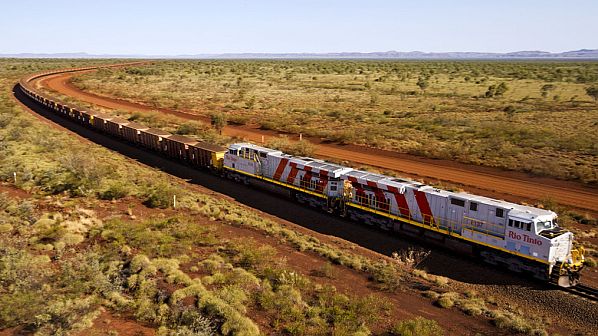 Rio Tinto has completed its AutoHaul project in the Pilbara region of Western Australia.

Full automation of its Pilbara heavy-haul rail network was first proposed by Rio Tinto about 10 years ago. The project reached a milestone in May when the AutoHaul system received regulatory approval. This was followed on July 10 by the first fully-automatic operation of a loaded train. The 28,000-tonne train was hauled by three locomotives and travelled more than 280km from Tom Price mine to the port of Cape Lambert without a driver in the cab.

By October autonomous operation had increased to an average of 34 trains per day, equating to 290,000km or 45% of daily kilometres operated. Since July, Rio Tinto says it has steadily increased the number of autonomous journeys across its network, with over 1 million km now travelled autonomously, although a few trains continue to be operated manually or have drivers on-board.

“The safe and successful deployment of AutoHaul across our network is a strong reflection of the pioneering spirit inside Rio Tinto,” says Mr Ivan Vell, Rio Tinto Iron Ore’s managing director rail, port and core services. “It’s been a challenging journey to automate a rail network of this size and scale in a remote location like the Pilbara, but early results indicate significant potential to improve productivity, providing increased system flexibility and reducing bottlenecks.”

The AutoHaul technology, which has been developed by Ansaldo STS, is based on the international standard digital radio-based signal and train protection system ATO over ETCS Level 2 at grade of automation 4 (GoA4) which provides the fully automated train operation.

Rio Tinto operates a fleet of about 200 diesel-electric locomotives transporting iron-ore from 16 mines to four port terminals. The trains average about 800km on a return trip with an average journey cycle, including loading and dumping, of around 40 hours.

Locomotives fitted with AutoHaul software also have on-board cameras to permit constant monitoring from the operations centre in Perth, more than 1500km south of the Pilbara region. In addition, all level crossings have been equipped with CCTV upgraded to what Rio Tinto says are the highest safety standards.

Automation is expected to increase average train speed by 6% by reducing acceleration and braking variations caused by manual driving. Trains will no longer have to stop for crew changes en route, and Rio Tinto will avoid having to transport drivers by road for operational reasons. In addition, the company expects its annual iron-ore capacity to rise from 340 million to 360 million tonnes. Automation will also enable Rio Tinto to adapt its output more easily to changes in market conditions.

“Over the coming months we will continue to refine our autonomous operations to ensure we are able to maximise value,” Rio Tinto says. “We continue to work closely with drivers during this period and do not expect to make any redundancies in 2019 as a result of the deployment of AutoHaul.”