MINING company Rio Tinto has achieved the first delivery of iron ore by an autonomous, driverless train as part of its $US 940m AutoHaul programme focused on automating trains running to its port facilities in the Pilbara region of Western Australia. 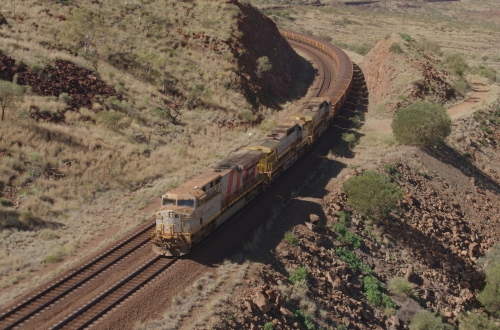 On July 10 the train, hauled by three locomotives and carrying around 28,000 tonnes of iron ore, travelled more than 280km from Rio Tinto’s Tom Price mine to the port of Cape Lambert without a driver in the cab. It was monitored remotely by operators from Rio Tinto’s Operations Centre in Perth more than 1500km away.

“We will continue to ensure our autonomous trains operate safely in the Pilbara, where we record more than eight million kilometres of train travel each year. We are working closely with drivers during this transition period to prepare them for new ways of working as a result of automation.”

Locomotives carrying AutoHaul software are fitted with on-board cameras allowing for constant monitoring from the Operations Centre. All public rail crossings on the network are fitted with CCTV cameras and have been upgraded to the highest safety standards.

“One only need to refer to the degree of change that the introduction of driverless metros has had on mass transit operations in the passenger sector to gain insight into the potential impact that autonomous freight rail management solutions may have in the heavy freight and resources sector,” says Mr Michele Fracchiolla, Ansaldo STS president for freight.

The breakthrough solution is based on the international standard digital radio-based signal and train protection system ATO over ETCS Level 2 (GoA4) which provide the fully automated train operation.