GERMAN intermodal operator Kombiverkehr is launching a total of 32 new services in the first quarter of this year to meet a significant increase in demand. 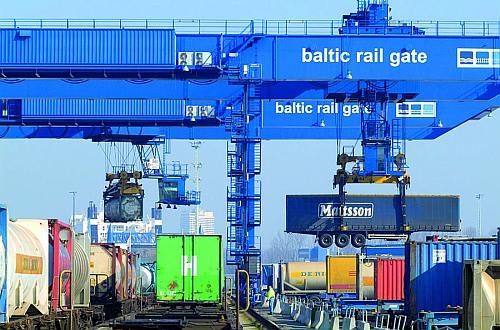 This week, services from the Rhine port of Duisburg in Germany were boosted from three departures a week to five for Lyon and Poznan, and a second daily service now runs five days a week to Hamburg.

At the same time, services between the Rhine-Ruhr region and Hamburg/Lübeck and terminals further north have been upgraded, with shorter transit times and increased capacity. Additional services will be launched between Cologne and Lyon, while the direct train from Cologne to Lübeck Baltic Rail Gate terminal is also set to resume.

Last month Kombiverkehr introduced a new direct train between Neuss, Germany, and Budapest at the beginning of this year, which runs five times a week. This eliminates the need for transshipment in Wels or Vienna, allowing shipments to reach Budapest two-and-a-half hours earlier.

The number of containers, swap bodies and semi-trailers carried on Kombiverkehr services slipped by 4.7% in 2012, with poor economic conditions in the second half and the closure of key trans-Alpine routes fuelling the decline. However, the operator anticipates improving market conditions this year, with traffic expected to grow faster than the overall economy. "While the forecasts of economic trends are generally rather cautious, Kombiverkehr is on course for clear growth in 2013," says managing director Mr Robert Breuhan.