THE Supervisory Board of DB Cargo has appointed Dr Roland Bosch as CEO with effect from December 1 succeeding Dr Jürgen Wilder, who chose to leave DB Cargo in late October by mutual consent. As CEO, Bosch will be responsible for around 30,000 employees based in 16 European countries. 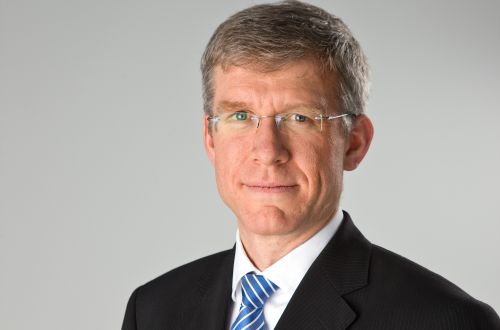 Roland Bosch has been named CEO of DB Cargo.

Bosch is currently production board member with DB Network, a position he has held since 2013, with responsibility for safe and reliable operation of the 40,000 trains operating on the German rail network each day. Bosch was also responsible managing the implementation of German Rail’s (DB) largest modernisation programme. Prior to this, Bosch had been CFO of DB Networks since October 2010.

Bosch studied physics in Oxford, Britain, and business in Tübingen, Germany, where he received his doctorate in 2000. During his studies, Bosch began his career at Boston Consulting Group in 1997. In 2002, he moved to DaimlerChrysler in Stuttgart as the head of strategy, before transferring to Beijing, China, in 2005 as CFO for Northeast Asia.

“Roland Bosch is an outstanding colleague and an experienced rail manager, and I am very pleased to have him as the new CEO of DB Cargo,” says Mr Berthold Huber, DB board member for passenger and freight transport and logistics. “His knowledge offers an outstanding basis for making lasting improvements to quality and reliability at DB Cargo, and he will also be focussing in particular on establishing a healthy economic foundation for the company.”